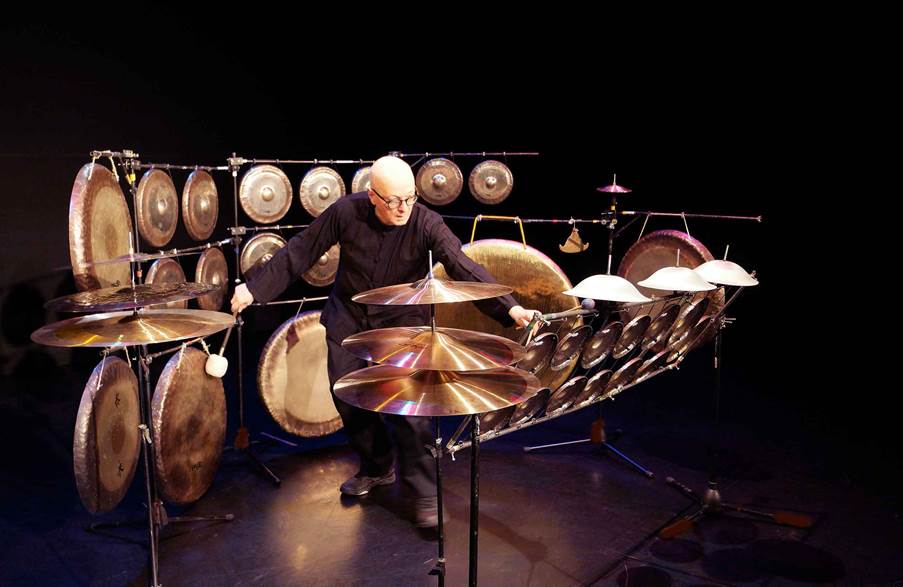 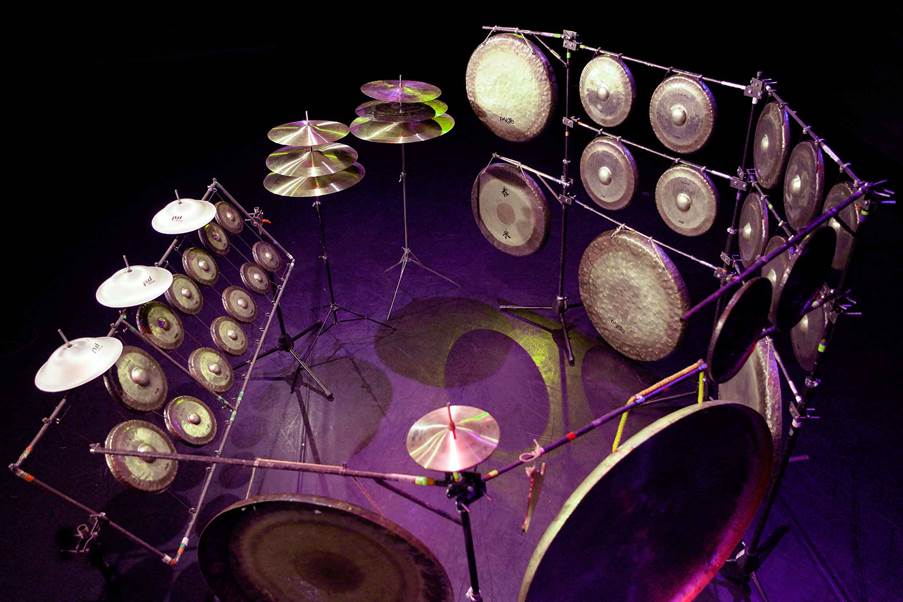 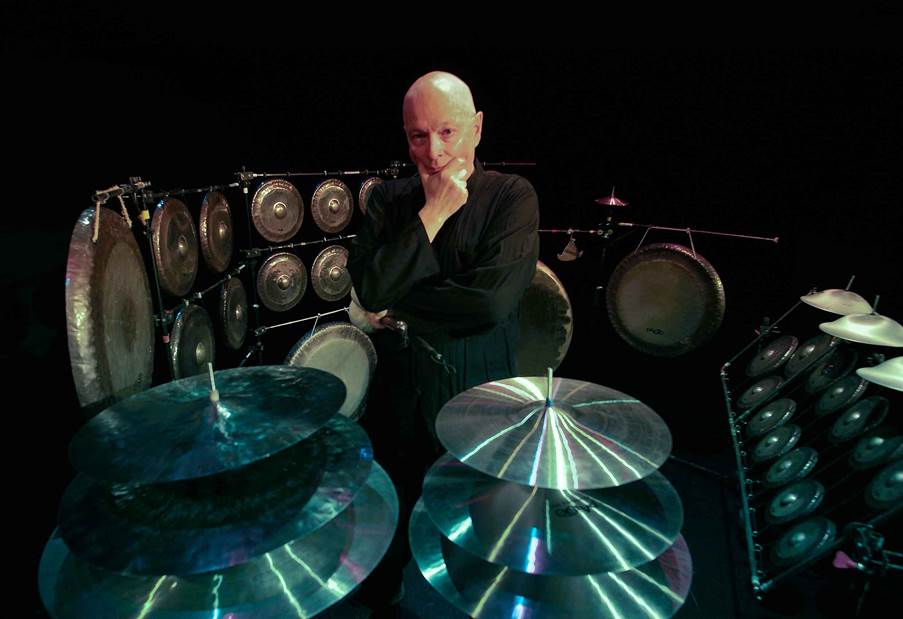 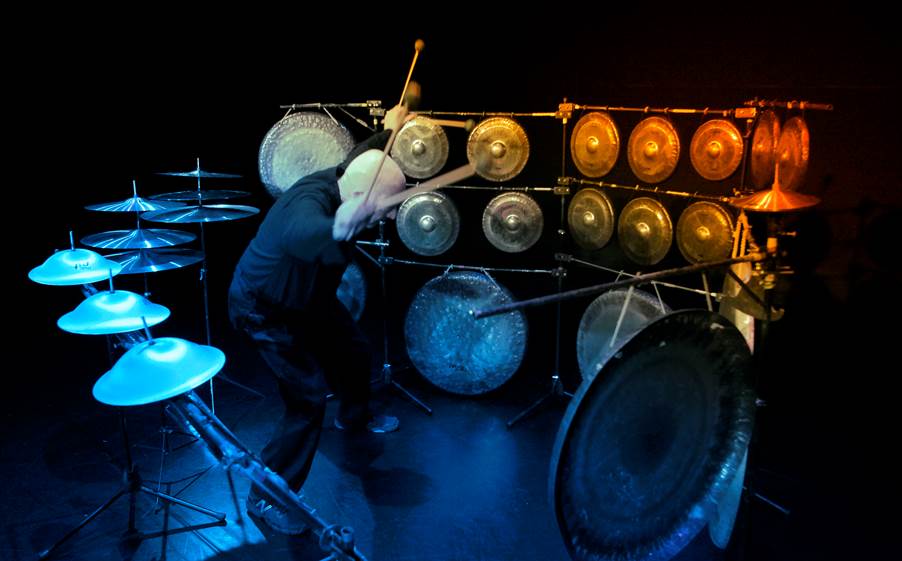 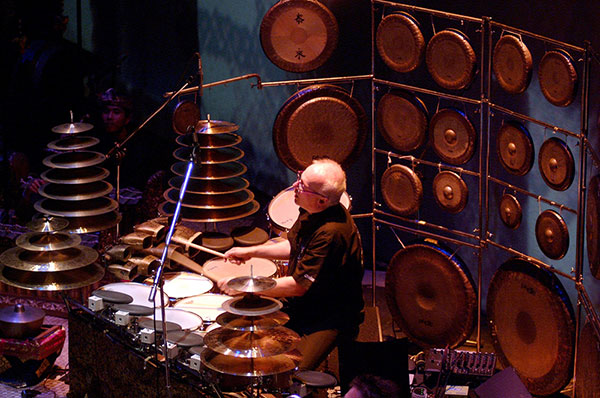 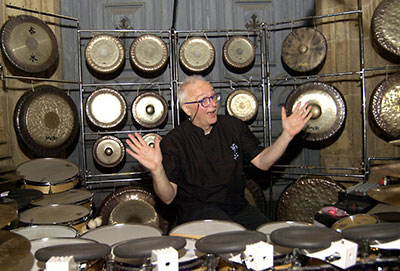 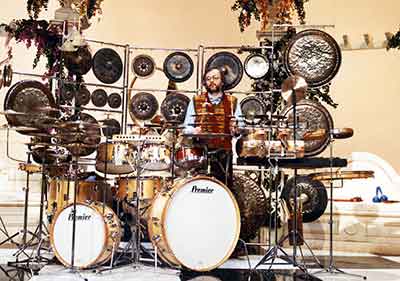 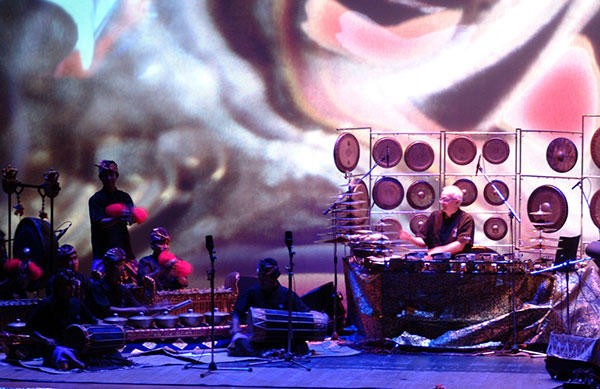 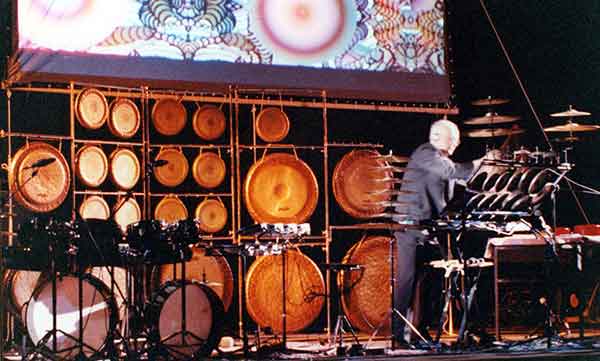 During his artistic career that spans over 40 years, composer, conductor, percussionist multimedia artist and filmmaker Andrea Centazzo has given more than 2000 concerts and live performances in Europe and the United States, as well as appeared and performed on numerous radio and television broadcasts worldwide. He has recorded over 200 LP's, CD's and DVD’s, and he has authored 500 compositions mostly published by Warner Chappell (ranging from opera and symphony to solo works) and eight musicology books. He’s the director of more than 20 video films presented in all the festivals and venues around the world.

He was one of the first drummer /percussionist to integrate a full PAISTE set of gongs in his percussion set up. Centazzo interest for gongs dates to 1970 when he discovered Balinese music. Since then his passion for gongs gown to a point that in 1976 he wrote a book about that (all his books are planned to be published in English in 2014) and he started to collect them. In 1984 he become Top Endorser at PAISTE and he was the first percussionist to play the entire Paiste Sound Creation Gong Collection along with2 octave of Paiste Tuned Gongs and several Paiste Symphonic Gongs. A complete range of PAISTE Cymbals and metal percussion completed is set up Since then most of his compositions are based on the magic sound of PAISTE GONGS

His opera TINA was highly acclaimed in Italy as well in California. Holding a PHD in Ancient Music from the prestigious University of Bologna, he did teach in Europe as well in USA from Universities to Jazz schools. Since 2011 the University of Bologna Library dedicated to the composer the "Fondo Centazzo" where all his works are collected and made available to students and scholars.

For 20 years now, Centazzo has been working to create multi-media experiences, combining live music with video images, blending traditional instrumentation with the latest music digital technology. His two multimedia solo project MANDALA (inspired by the Buddhist Universe) and ETERNAL TRAVELER (inspired by Leonardo Da Vinci) got enthusiastic welcome from audiences and critics both in USA and Europa, appearing in TV broadcasts at CBS, KPFK, Rai and several international magazines.

Lately finding a new source of inspiration in Science and Technology Centazzo wrote and directed 2 worldwide acclaimed multimedia shows: EINSTEIN'S COSMIC MESSENGERS (with astrophysicist Michele Vallisneri inspired by the Gravitational Waves) and R-Evolution (inspired by the life and work of Charles Darwin). Now he’s working to a new solo project based on the Mars Rover Mission with a team of programmers by NASA JPL. Last September 2012 Centazzo was the first musician ever playing a complete set of Paiste Gongs inside NASA JPL Auditorium in Pasadena, CA.

His last 2011 project has been the music for orchestra composed and orchestrated for The Searcher, a new majestic show at the Adler Planetarium in Chicago.

In 2006 Centazzo re-established, highly successful, his famous ICTUS Records label, born in 1976 as one of the most prominent catalogues of new contemporary classical, avant-garde, jazz music and experimental film. In 2012 he has been requested by John Zorn to present the 35 years of ICTUS activity in a 24 concert series Festival at The Stone in NY. The festival ICTUS NIGHT saw the full glory of his PAISTE gong set on stage for 25 concerts in 15 days. Born and raised in Italy, but naturalized American in 1996, since 1992 he lived and worked in Los Angeles, traveling extensively in Asia and Europe. Now he’s resident in Long Beach, CA.