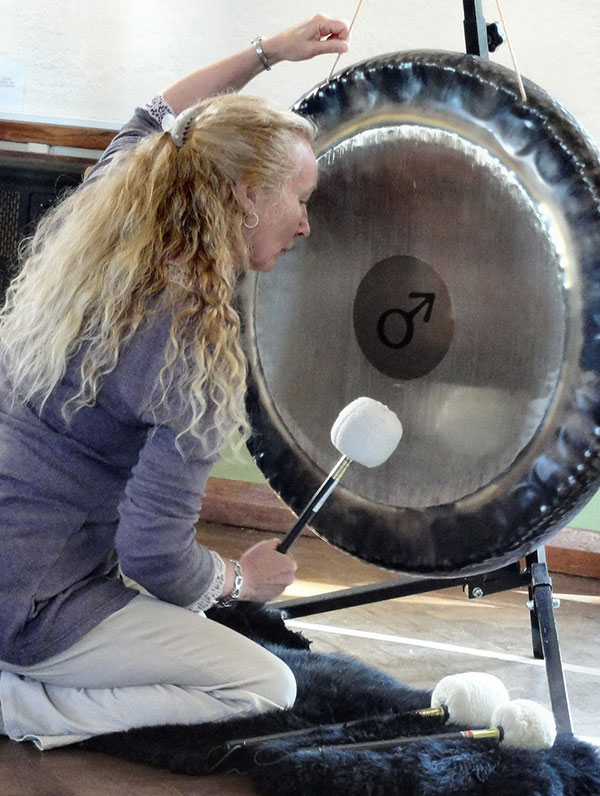 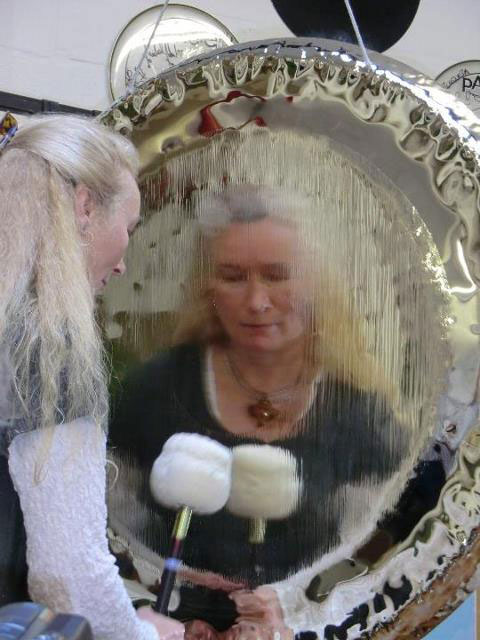 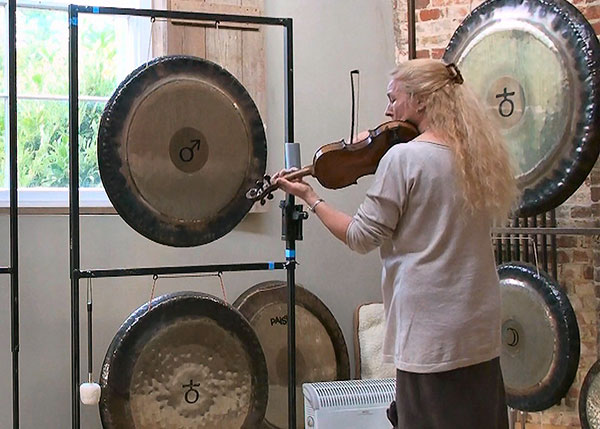 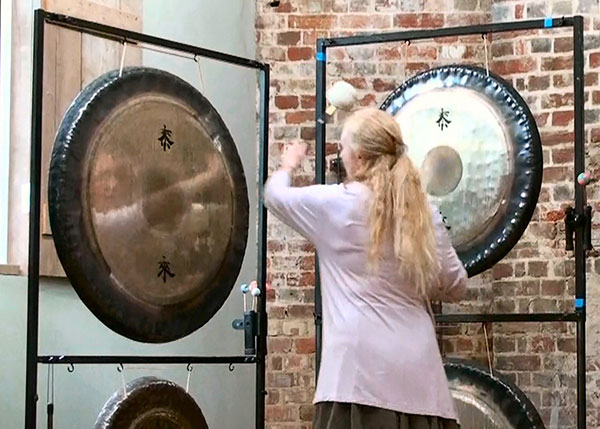 Sheila Whittaker is a Sound Healer & Teacher with a background in classical music – she was a professional violinist & musician, having originally studied at the Royal College of Music. For nearly twenty years she had a thriving career in the mainstream classical music world. Some years ago she became a Sound Healer, feeling the need to use her musical abilities in a more focused holistic way, and has now specialised in using high quality large Paiste gongs for her Sound Healing work.

Sheila is gong tutor for the College of Sound Healing. She runs the Gong Practitioner Training course for the College, teaching the course every year to new groups of students, plus other gong and sound healing workshops. For two years she was Chairperson for the College.

In 2010 Sheila wrote & published her first book : “Sound Healing with Gongs – a Gong book for Beginners”. Her second book : “In the Heart of the Gong Space – the Gong as a Spiritual Tool” followed in October 2012. She has recorded three Gong CD’s – “Transcendence”, “Quantum Transformations”, & “Sounds of Stillness”. She has appeared on the radio, & has gong videos on YouTube. She is a member of the CMA & the UK Sound Healers Association, & has a private therapy & teaching practice based in Honiton, Devon.