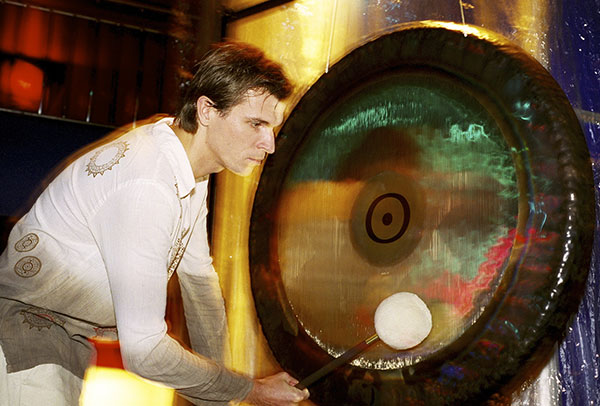 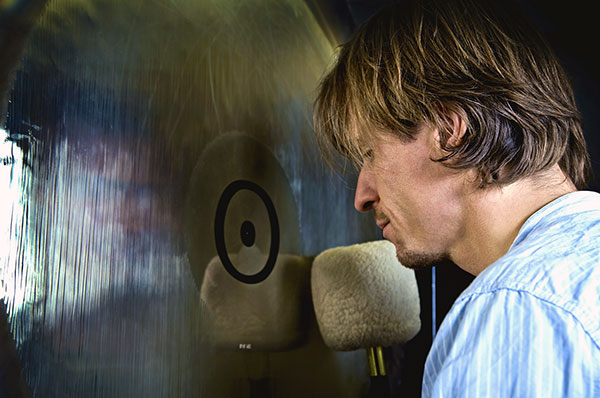 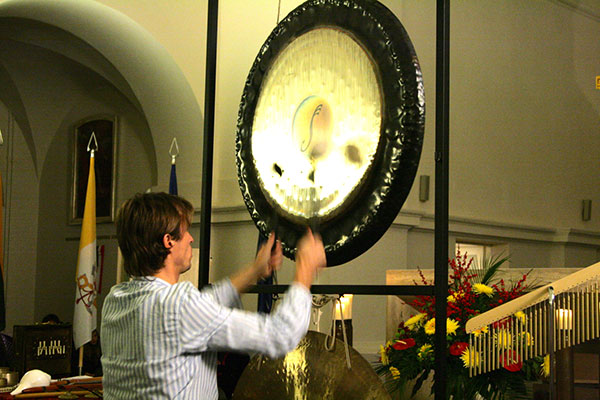 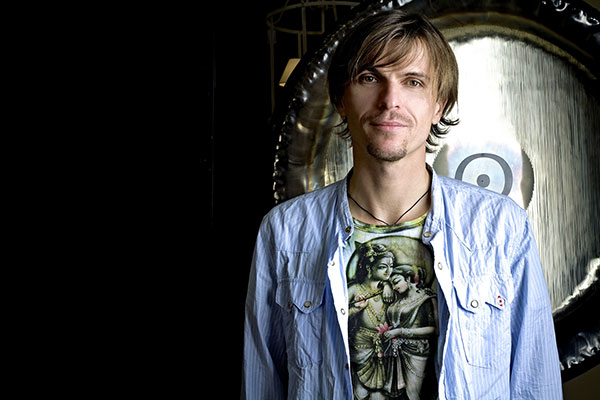 Tom Soltron has been working with Gongs, Singing Bowl Massage and Archaic instruments since 2002.  Tom took his own intuitive direction studying the knowledge from the Himalayas (Nepal and India)and Western knowledge , combining the knowledge he learned over the years in many continents to provide rich in depth teachings.

Tom is one of the pioneers in bringing Sound of the Gong and Gong Teachings and Sacred Tone Improvisation with Archaich Sounds to many countries in Europe like Poland, Hungary, Lithuania, Latvia, Estonia, Slovenia, Ukraine, Czech Republic, Portugal, Croatia, Italy, Emirates, Australia, New Zealand and Argentina, Uruguay.

In 2005 he discovered and began to teach Singing Bowl Massage in the Water, which quickly became very popular all over the world.

Tom and his partner Abby run a series of Sound Healing, Gong Therapy, Musical Improvisation and Yoga workshops at their Retreat Centres in Porabka, Poland and El Bolson, Argentina.

In 2006 Tom opened the first Peace Bell Garden in Krakow and in 2010 the second in Porabka in a field at their centre.  Tom provides Concerts of expansive, meditative and trance music all over the world. Come and experience the weaving of this Sound Magician.

Tom has recorded 7 CD’s with musicians from all around the world. Gong Move You.