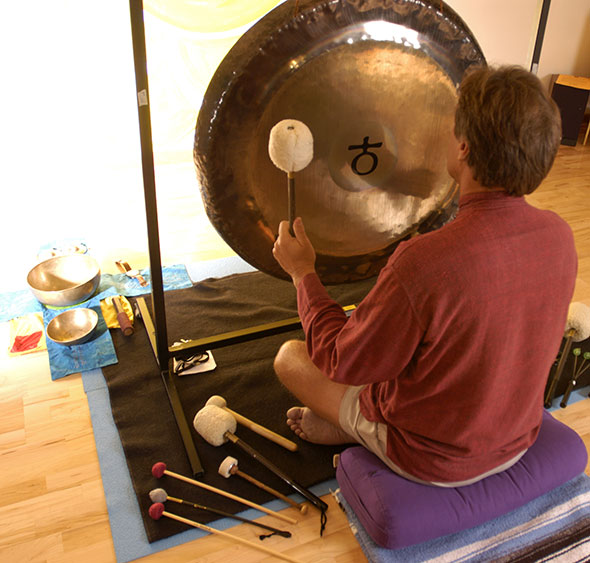 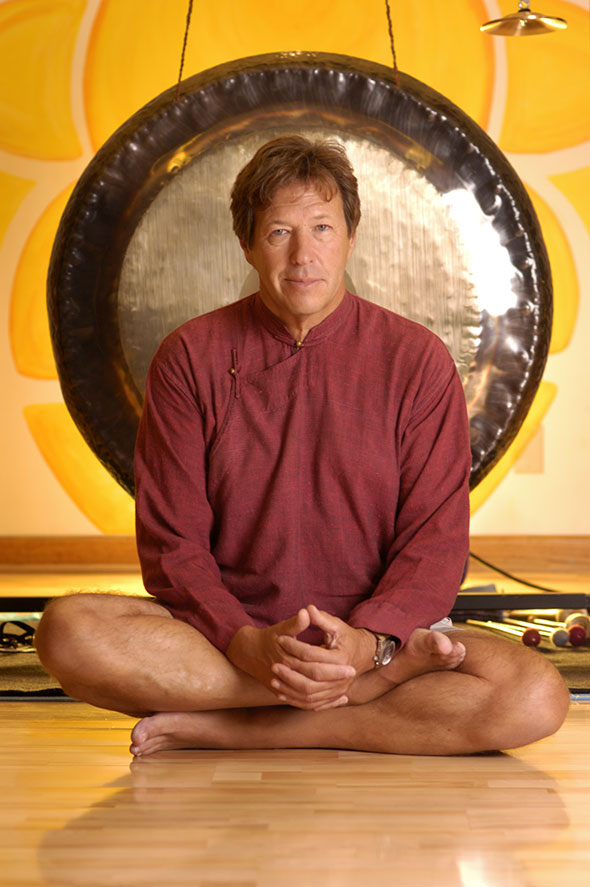 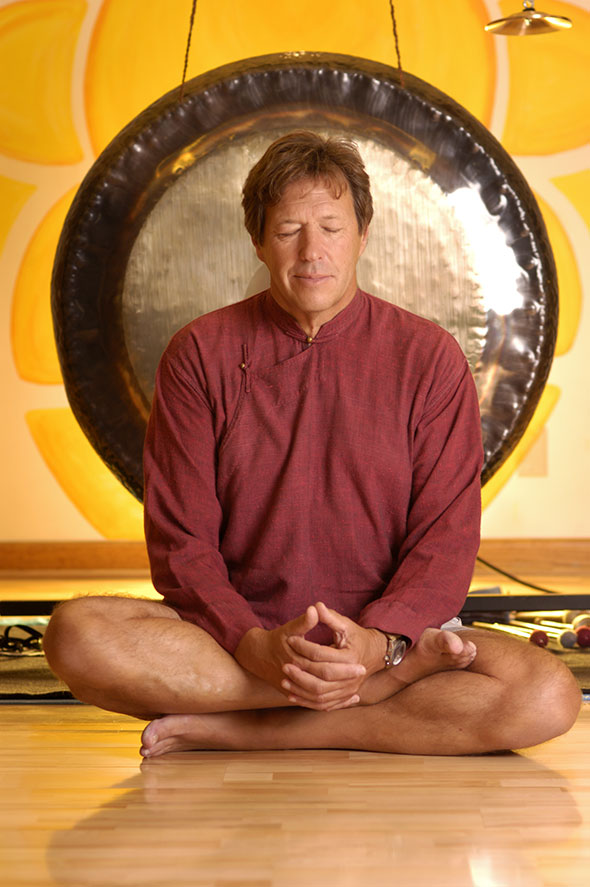 Richard Rudis has been a student of Buddhist philosophy for nearly thirty years and is an American practitioner of the Tibetan ‘Vajrayana’ school. As a long-time pilgrim of Himalayan sacred sites he has received Buddhist teachings and traditional instructions/research into the use of sacred sound instruments for ritual and healing purposes. While in Tibet in 1996 he was granted refuge in the Buddha via His Holiness Gyalwa Karmapa (17th reincarnation and head of the Kagyu lineage). His Holiness renamed him Sonam Dorje; (Meritorious Thunderbolt). Richard has been teaching the Buddhist Dharma of Vibrational Healing across the U.S. and abroad for twenty years and is considered most knowledgeable in this esoteric field. His unique playing craftsmanship is a fusion of his rarefied studies in sacred sound playing techniques, tantric education, engineering background and Buddhist principles. Principally using a tuned ‘Paiste’ Earth Gong he creates a ‘Sound Mandala’, known as a ‘Gong Bath™, that is naturally physically, emotionally and spiritually healing. He is often a prominent speaker/presenter at various conferences having to do with transformative energy, healing, meditation and well being. He began teaching via the establishment of the ‘Sacred Sound Workshops’ in the 1990’s formalizing the curriculum by joining with the ‘Tibetan Bowl Healing School’ (www.tibetanbowlschool.com) in 2008.