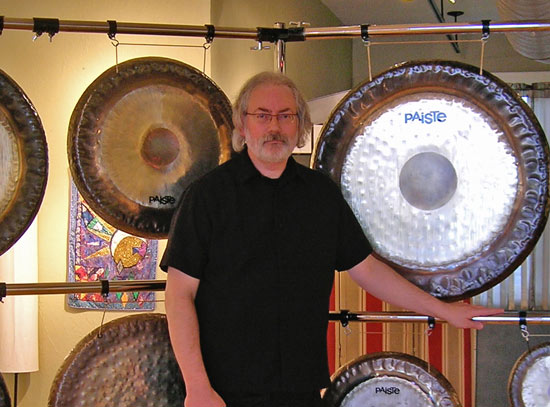 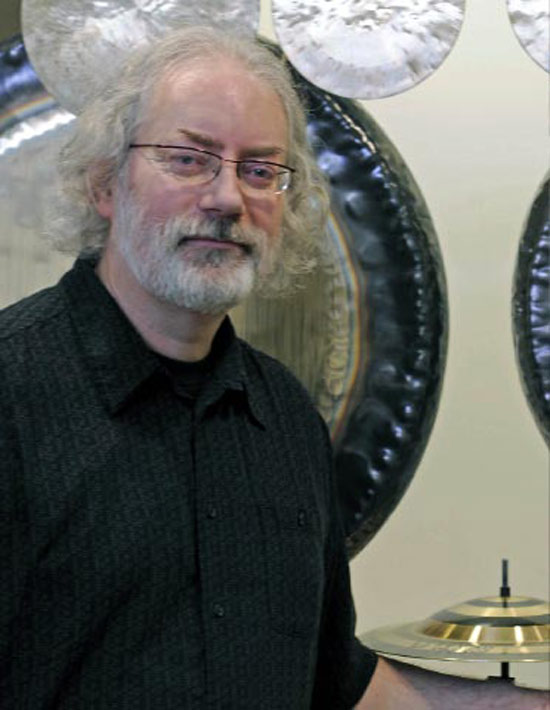 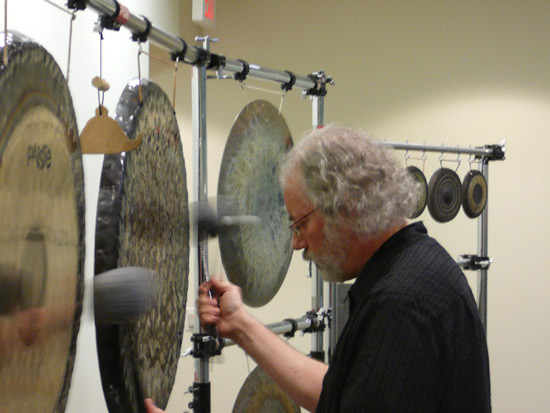 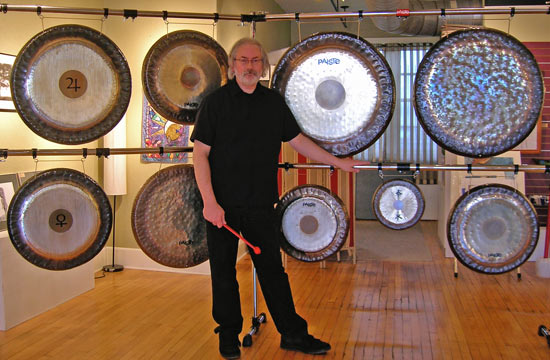 Percussionist/composer Michael Bettine was brought up on progressive rock and improvised music in the 1970s. In that context, adding Gongs and specialty cymbals/sounds was a natural thing. He bought his first Gong in 1975 and was hooked, quickly adding a second one to his set up, then three more. He hasn't looked back since, building up a collection of Gongs from around the world. One thing that has remained consistent for over 30 years is his love for Paiste cymbals, sounds, and Gongs.

His work as a solo percussionist and composer can be heard on 9 recordings of solo percussion, and 2 of duo performances on his own Intuitive Arts Media label. His solo percussion recording, Stars Show The Way, has been critically acclaimed as “quite original and exciting percussion music,” and “essential listening for percussionists and anyone interested in solo free-oriented music.” He currently concentrates on both performing concerts, and presenting Gong Meditation sessions under the GONGTOPIA name. Michael's performances often include over 50 Gongs, as well as numerous Bell, China, and Noise cymbals.

Michael also works with the VIBRATIONAL SOUND TRIO, along with Marian McNair and Kenny Kolter. They present sound healing workshops and concerts with a wide array of Paiste Gongs, hand drums, singing bowls, and bells.

As a writer, Michael's books include: WHEN IN DOUBT, ROLL!, written with Bill Bruford; PERCUSSION PROFILES, co-written with Trevor Taylor; and a series of instructional books entitled, THE THINKING DRUMMER. He has also been a regular contributor to MODERN DRUMMER magazine since 1983, and has written for AVANT, Rhythm, DownBeat, and many other music publications.

Michael has also taught extensively, corrupting the innocent minds of youth with his radical ideas on percussion and rhythm. But he insists that percussionists need to push the boundaries beyond the accepted norms of rhythm. As the late, great composer, John Cage wrote, "The spirit of percussion opens everything, even what was so to speak, completely closed."